Haute Couture: Why Is It So Important?

In the industry, it’s hard to ignore haute couture and its impact. Whether it’s avant-garde dressmaking or crafting retro fashion, it’s one of the world’s most iconic pillars of the fashion industry. But what does haute couture mean?

Haute couture means “high dressmaking” or “high sewing.” It refers to high fashion, namely custom-made garments crafted by French Maisons. A Maison means ‘house’ in French, but in the industry, it refers to production houses. There are a few prerequisites to hit the ‘haute couture’ mark. And no, you don’t have to be French to create these garments. You can discover plenty of companies and brands worldwide who partake in this unique garment production process. But first, let’s clear up some possible confusion between two famous terms thrown about by fashion lovers everywhere: haute couture vs. couture.

Who Can Create Haute Couture?

Creating this high-quality custom clothing is an exclusive club that only the best of the best can enter. To craft haute couture, a Maison needs approval first. From whom, though? From France, of course. Well, more specifically, from the French Chamber of Commerce Fashion Division. Here’s a list of requirements to make haute couture. Fashion production houses must have:

Having been in place since the 1940s, these requirements allowed fashion Maisons to develop into iconic brands. Brands we immediately associate with design excellence.

Here’s a truncated list of a few of the noted Maisons who can officially make haute couture:

There are, of course, guest members and corresponding members, too. And the list is changing from year to year, too. These world-class members of fashion royalty can’t rest on their laurels, though. Members who can officially create haute couture must be on top of their game. They need to constantly make new fashion collections, display different models, and make an impact at Paris Couture Week. But do you need to be a Maison in Paris to be able to launch your own fashion collection? Absolutely not. With The Evans Group, industry professionals and textile experts help indie designers reach their personal level of excellence with their collections. Through the TEG mentorship program, designers everywhere can finally enter the industry with confidence.

Create Your Own Clothing At The Evans Group 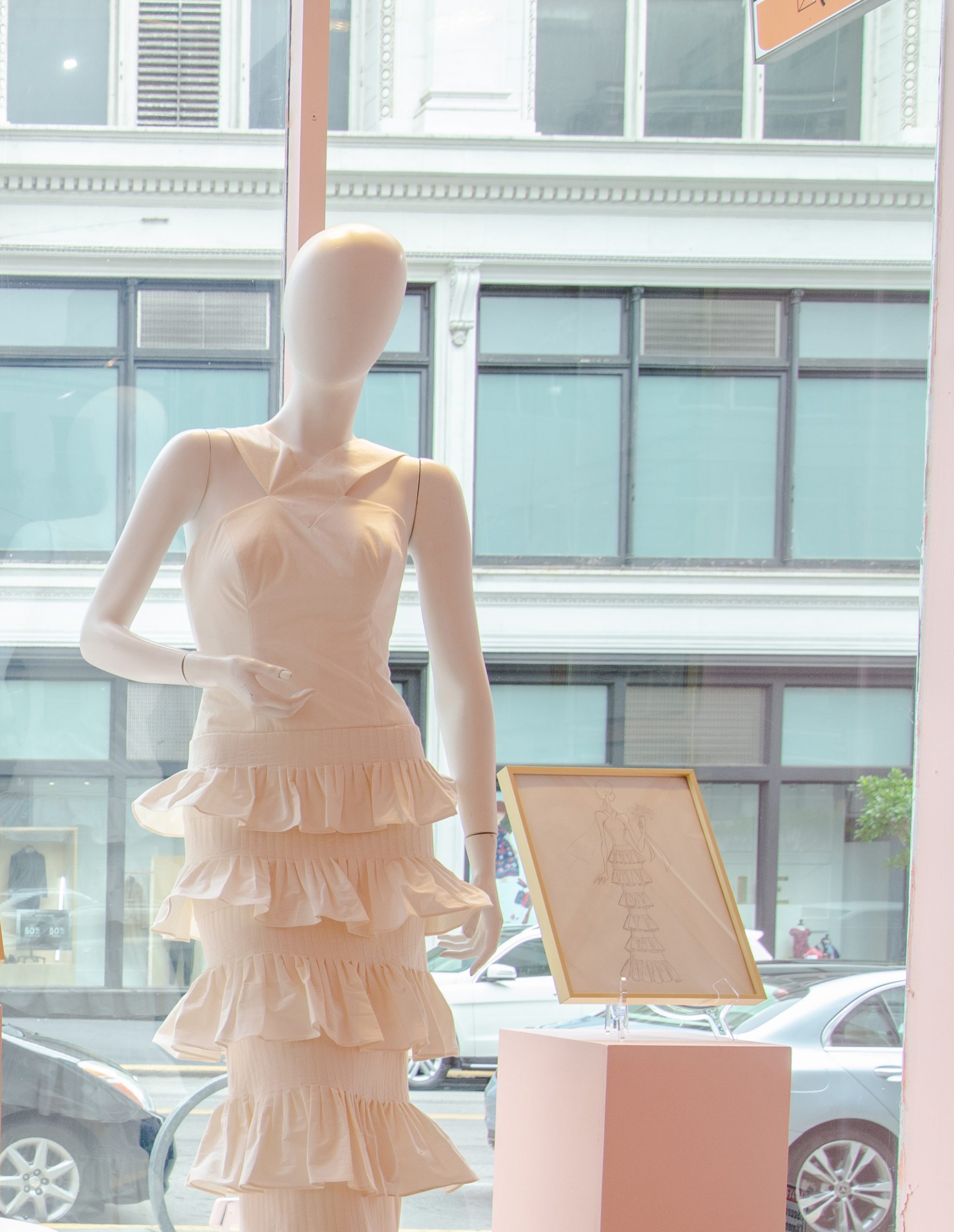 The standards are sky-high. The influence and impact of the concept of this French phenomenon are far-reaching. But designers need not view it as the be-all-end-all in their creative journeys. At TEG, our team believes in blazing an independent trail through the industry. As such, TEG offers services that help launch creative careers with bespoke fashion. While it may not be Paris, Los Angeles is an artistic hub that offers creative excellence at every turn. And you can expect that noted excellence in TEG’s Downtown L.A. studio. Will you be the next Dior or Chanel? Only one way to find out! Have any questions about starting your own clothing line with zero experience? Fill out the form below and quickly get in touch with experts at TEG today!

For all inquiries and questions, please call or fill out the below form, and we will respond within 1-2 business days. Thank you!